Right Car Hire is one of Australia’s top Online Car Rental booking company. We help tourists and citizens alike find affordable cars in top destinations by comparing car rental deals from different suppliers. Our service is not just limited to one specific car rental brand, instead, we help you in booking cars that suits your needs and budget. We provide our services in all the major cities of Australia. 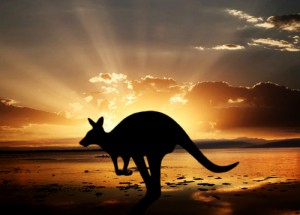 We can’t talk about Australian animals without mentioning the Australian animal lover, the late great Steve Irwin. Steve Irwin was one of the most famous wildlife experts in the world. He was also known as the crocodile hunter, thanks to his popular TV show, under the same name.

Australians have also contributed a lot to this world in many different fields. There have been a number of explorers and scholars from Australia in the past. Throughout the years, Australians have shown sheer talent in field of Entertainment.  There are number of Australian Actors and Singers who have gained popularity not just locally but all over the world. Australian actors are amongst the highest paid actors in Hollywood, Nicole Kidman, Chris Hemsworth, Hugh Jackman and Russell Crowe to name a few. Australia has also served as a filming site for movies like The Matrix, Mission Impossible 2, Star Wars, Babe, Happy Feet, the Mad Max series, and more.

One of the most beautiful buildings in Australia is the Sydney Opera House, which is the biggest centre of performing arts in the country. It is one of UNESCO’s world heritage sites. The Great Barrier Reef on the coast of Queensland is one of the biggest and uniquely natural structures in the world. It is the biggest single structure made up of living organisms. It is so big that it can also be seen from space. Australia also has the best beaches in the world, where sun shines bright all day long. One of the most beautiful Australian beaches is the Whitehaven beach on Whitsunday Island. One of the biggest tourist destinations in Australia is the Twelve Apostles. These were a collection of 12 limestone structures on the coast of Victoria. Four out of the twelve structures have collapsed but due to its famous reputation the name twelve apostles is still used for the site. Another famous rock formation in Australia is the Three Sisters in New South Wales. According to folklore, there were three sisters who were turned to rocks after they broke a sacred tribal law. The names of the rocks are based on the three girls from the folklore who were named Gunnedoo, Wimlah and Meehni.

We at Right Car Hire can help you find affordable car rental services, which can allow you to visit several destinations all over Australia. Tourists who land in one city but decide to go back home from another city don’t have to worry about anything. We have a solution for that too. You don’t have to go back to the city you rented the car from, you can leave the car at the respective rental car business in the city you are in and we’ll take care of everything thereafter.

| Thanks to Twinlife Marketing Agency